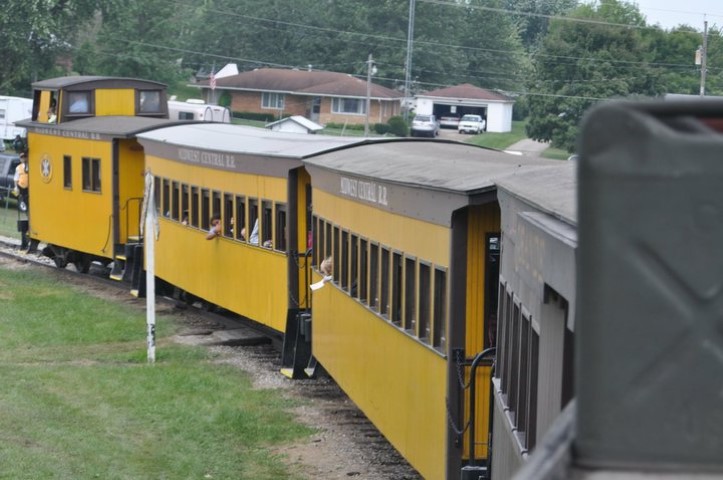 The Midwest Central Railroad originally built 6 passenger coaches in the 1960’s through the late 1970’s. All were constructed in our shops from freight cars from various railroads, including the Southern Pacific, East Broad Top, and the West Side Lumber Company. 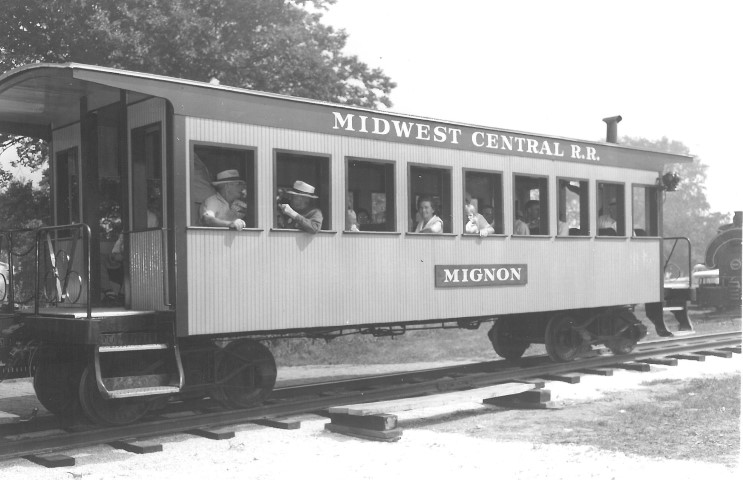 The “Mignon” in front of Hillsboro Depot 1961

The first coach, numbered 200, named the "Mignon," was built from scratch on one of the 4x30' flat cars bought from the Southern Pacific's abandoned Keeler branch in 1961. The flat car used for the Mignon was the only all steel construction SP narrow gauge flat car built.  This was also the last flat car in service on the SP narrow gauge as it hauled the wrecking crane that was used to pull up the rail behind it as it made its last trip on the SP narrow gauge.

It was designed by partially copying an 1865 coach model and built by Bob Shepp, Byron Livix and John Lauer. 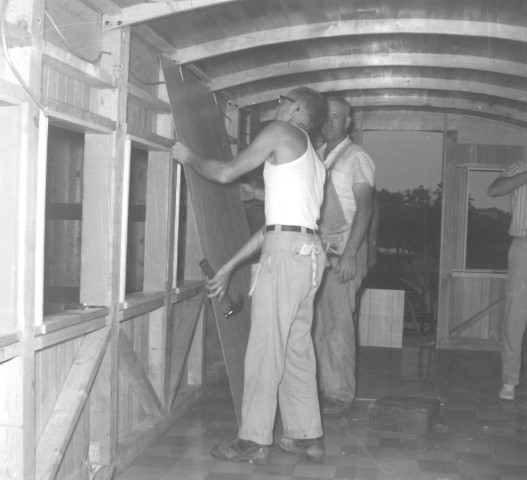 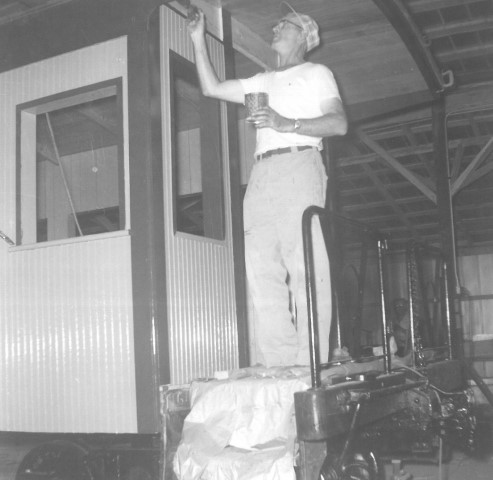 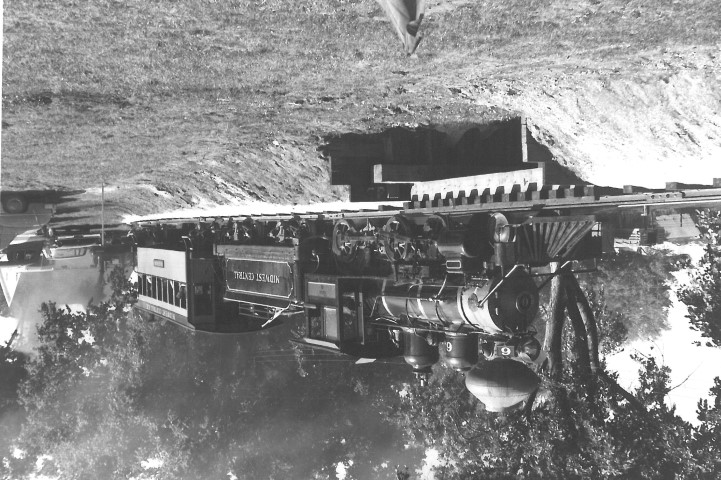 The remaining two SP flat cars were built into coaches copying the “Mignon” design only modified to have windows.

Coach 201, informally known as the Quinn Coach, was built on top of Southern Pacific wood-frame gondola car No. 204.  The body was designed by partially copying an 1865 coach model.  Coach 201 was identical to Coach 202 when built.  Later on, it was shipped to California to be used in the production of CBS's Dr. Quinn, Medicine Woman.  Set crews then rebuilt it inside an out to fit their needs, and it remains in this configuration to this day.  Click here to see photos of it while being used to shoot Dr. Quinn, Medicine Woman. 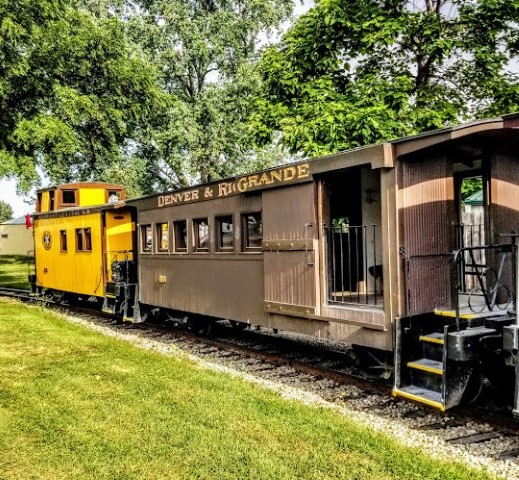 Coach 201 as it appears today 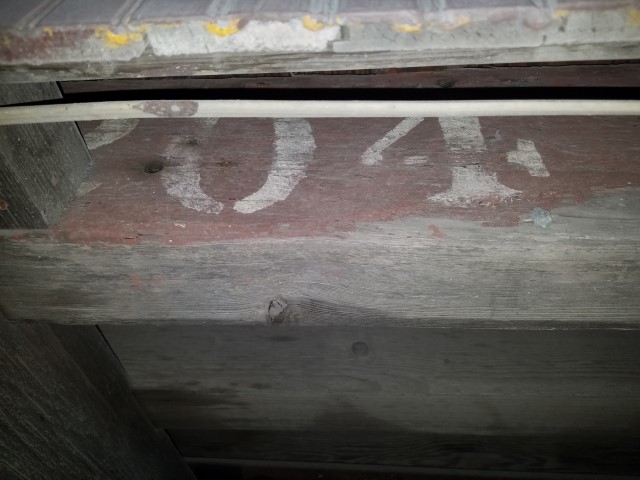 The original S.P. lettering can still be seen behind the false siding

The next three coaches to be built also copied this same design, but were built an additional 10 feet longer increasing the capacity to 52 passengers up from 36 passengers in the shorter design.  The first two of the three, coach 302 and 303 were built from hopper car frames that came from the East Broad Top railroad in Pennsylvania. 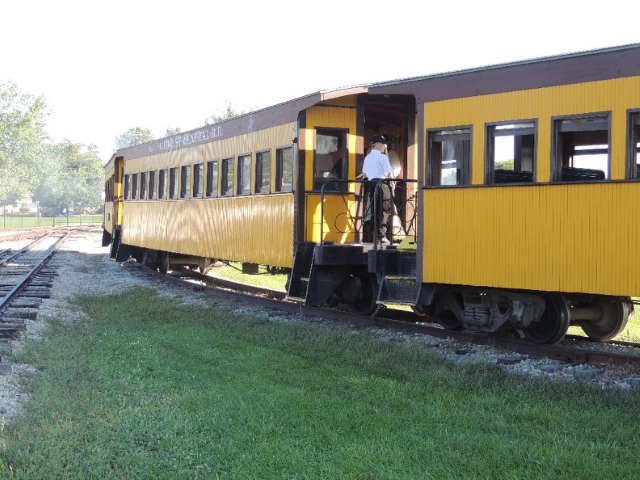 The last coach built in the Midwest Central Shop was in 1979.  The frame for this coach is an all steel construction built in our shop from scratch and utilized trucks and brake components from a West Side Lumber log car.  Unlike the other coaches, Coach 301 was originally varnished, but when the varnish deteriorated, it was painted Pullman Green.  It was recently renovated and was repainted maroon. 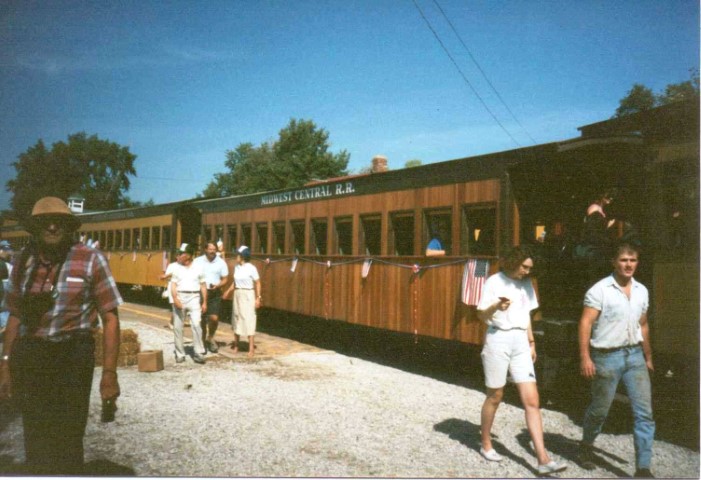 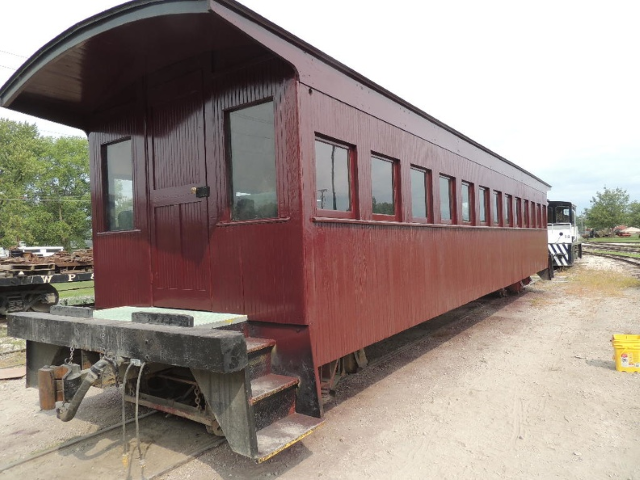 Coach 301 after being painted maroon

In recent years the Midwest Central Railroad acquired two open air passenger cars.  These are modified freight cars that were built for the Georgetown Loop Railroad out of original Denver & Rio Grande cars.  A third open air car was built in house utilizing one of two D&RGW wood flat cars that were rebuilt in 2008. 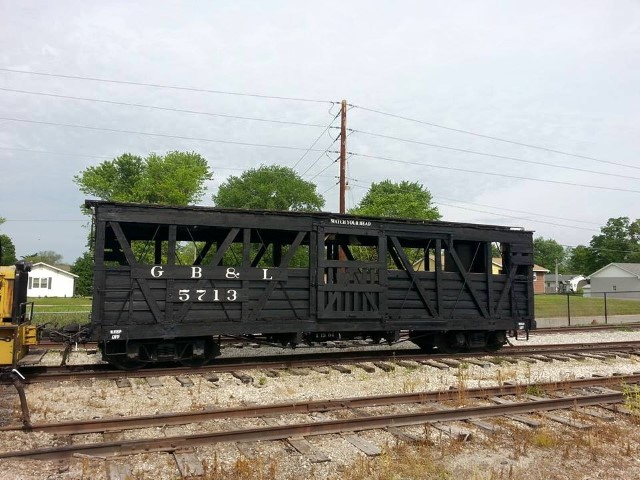 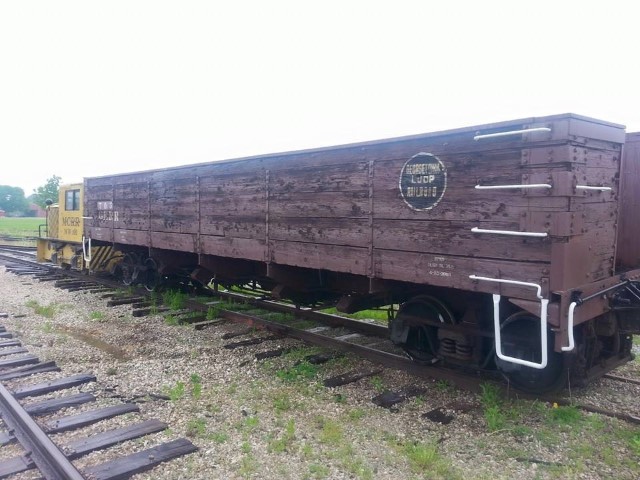 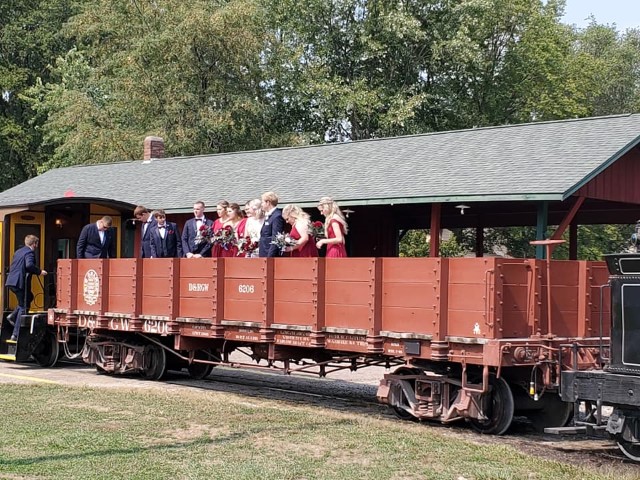